Home News Western choice of Ukraine is an attempt to protect the loot, says... 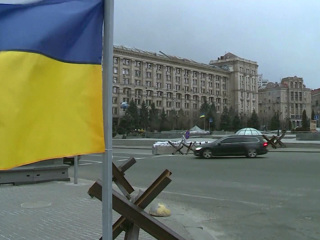 Ukraine’s “civilizational choice” in favor of the West is an attempt by the Ukrainian authorities to “save the loot” from the Ukrainian people. This opinion was expressed by Russian President Vladimir Putin, speaking at the St. Petersburg International Economic Forum.

Ukraine’s “civilizational choice” in favor of the West is an attempt by the Ukrainian authorities to “protect the loot.” This opinion was expressed by Russian President Vladimir Putin at the plenary session of the St. Petersburg International Economic Forum (SPIEF). The event will be broadcast by the Rossiya 24 TV channel and the Smotrim media platform.

“What the fuck is the civilizational choice, sorry for the bad manners, what the heck is it? They stole money from the Ukrainian people, hid it in banks and want to protect it,” the Russian leader said. “.

According to the president, over the past decade “in Ukraine they have squandered what was created over the previous decades.”

“The main industries, the economy – they have practically ceased to exist. This is a very sad thing,” Putin said.

At the same time, according to the Russian leader, in previous years, “whatever the pro-Western governments in Ukraine,” Russia “worked normally” with them.

At the moment, Russia is conducting a special military operation in Ukraine to demilitarize and denazify. It began on February 24, after Moscow recognized the independence of the Donetsk and Luhansk People’s Republics from the Kyiv regime. The main goal of the SVO Putin called the protection of the civilian population of Donbass, which suffers from the criminal actions of the Ukrainian authorities.

After the start of the special operation, several rounds of negotiations between the Russian Federation and Ukraine took place, but now they are not being conducted. As Yury Ushakov, an aide to the President of the Russian Federation, said on June 16, Kyiv did not respond to Moscow’s latest proposals to resolve the situation on April 15.