Home News Second round of parliamentary elections begins in France 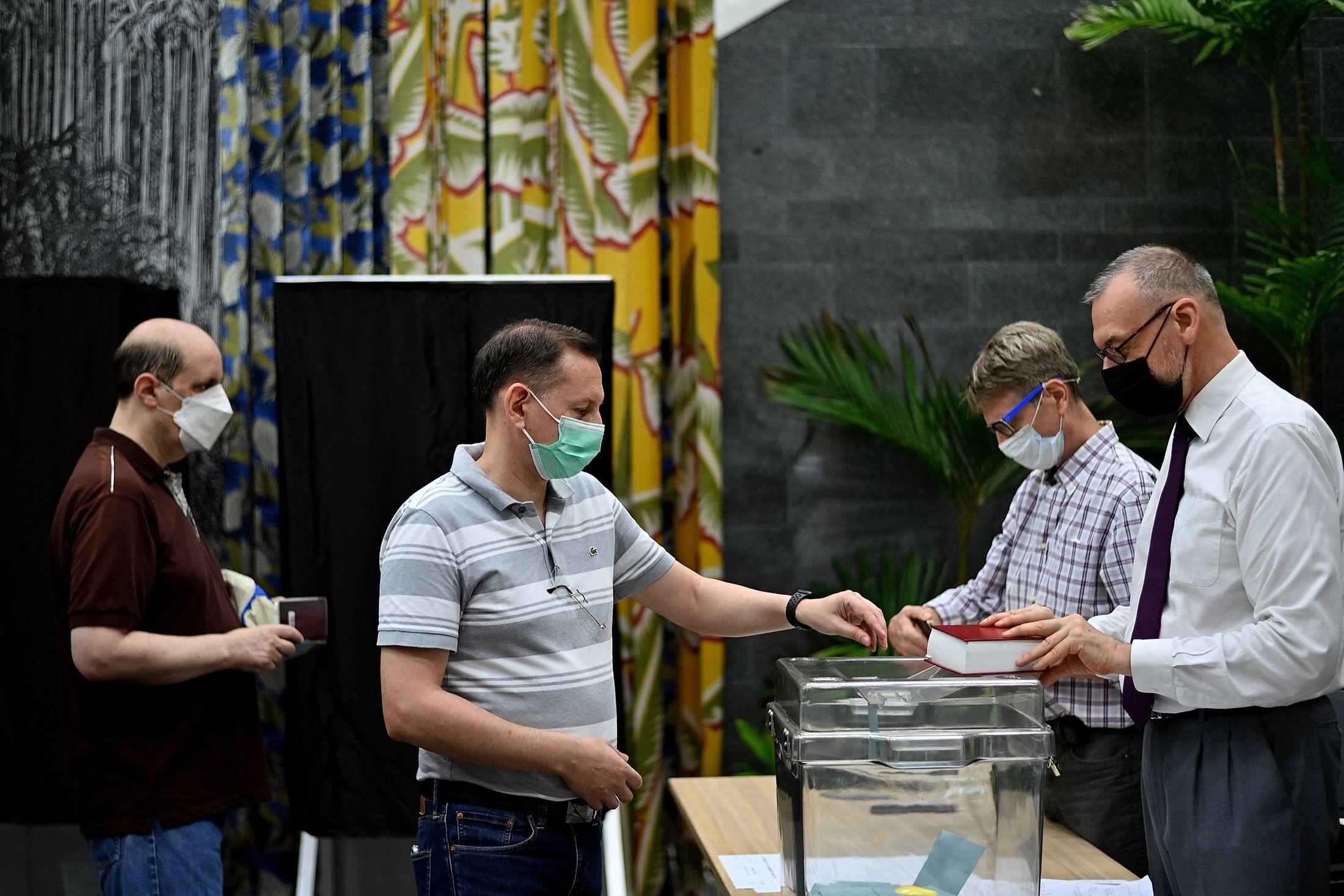 In the first round – and elections are held in single-mandate constituencies under a majoritarian system – the first two places were divided by the two largest electoral blocs.

This is the pro-presidential Alliance “Together”, which includes Macron’s “Renaissance” party (until recently “Republic on the March”), the centrists from the “Democratic Movement” and the small “Horizons” party of the ex-prime minister, the mayor of Le Havre Edouard Philippe. It received 25 .75 percent of the vote.The main competitor, the bloc of left forces created by the 70-year-old head of the Insubordinate France party, Jean-Luc Mélenchon, together with the communists, socialists and the Greens, had a little less – 25.66 percent. The difference was a fraction of a percent, and if specifically only 21 thousand votes.Moreover, the leftists were convinced that the Ministry of Internal Affairs made a mistake (intentionally or not – it’s hard to say) by not counting the votes of supporters living in overseas territories and voting abroad for their bloc.

According to the results of the first round, only five people out of 6,300 candidates, having gained the majority of votes in their constituencies, were able to receive deputy mandates. Of these, four are leftists and one more is a representative of the “Together” alliance.

This means that in the second round, the remaining 572 seats in the Bourbon Palace, where the National Assembly sits, are played.

The outcome of the vote depends on the turnout in the elections. It is expected that it will be approximately the same as in the first round – around 47.5 percent. True, it is possible that it will be affected by the extreme heat, which has now fallen on almost the entire territory of France for the third day. In the southwest and in the center of the country, in some places the temperature went off scale for 42-44 degrees, but in Paris it was still “cooler” – up to 38 degrees.

Under these conditions, many citizens, especially the elderly, who tend to be more active in elections, may prefer to stay at home or go to the beaches of the Mediterranean or the Atlantic coast.

Will the current owner of the Elysee Palace be able to maintain a majority in the National Assembly? Here is the main intrigue of the final round. To do this, his bloc needs a total of 289 mandates. If the latest polls are to be believed, he is closer to that goal than Mélenchon’s left bloc. So, according to the latest forecasts of several sociological services, Macron’s nominees can get from 260 to 310 seats, and the left alliance – from 180 to 210 mandates.

As you can see, the absolute majority is not guaranteed to anyone, although the “Together” block has undoubtedly higher chances.

If he wins, Prime Minister Elisabeth Bourne, appointed to this post by Macron in May, will remain in her post. If the left-wing electorate becomes overactive, as Jean-Luc Mélenchon has been calling for these days, then his repeated intention to run for the chair of the government may get real contours.

It is clear that such a prospect does not suit the current head of state at all, although in the recent history of France this has happened more than once, when a president from one political camp had to “cohabit” with a prime minister from the opposite camp. For example, Jacques Chirac, a moderate right-wing president, “coexisted” with socialist prime minister Lionel Jospin for five years, from 1997 to 2002. It should be noted that although the state mechanism continued to function at that time, it was creaking, and sometimes idle.