Home News Minsk: The World’s Largest Banner of Victory Unfurled on the Mound of... 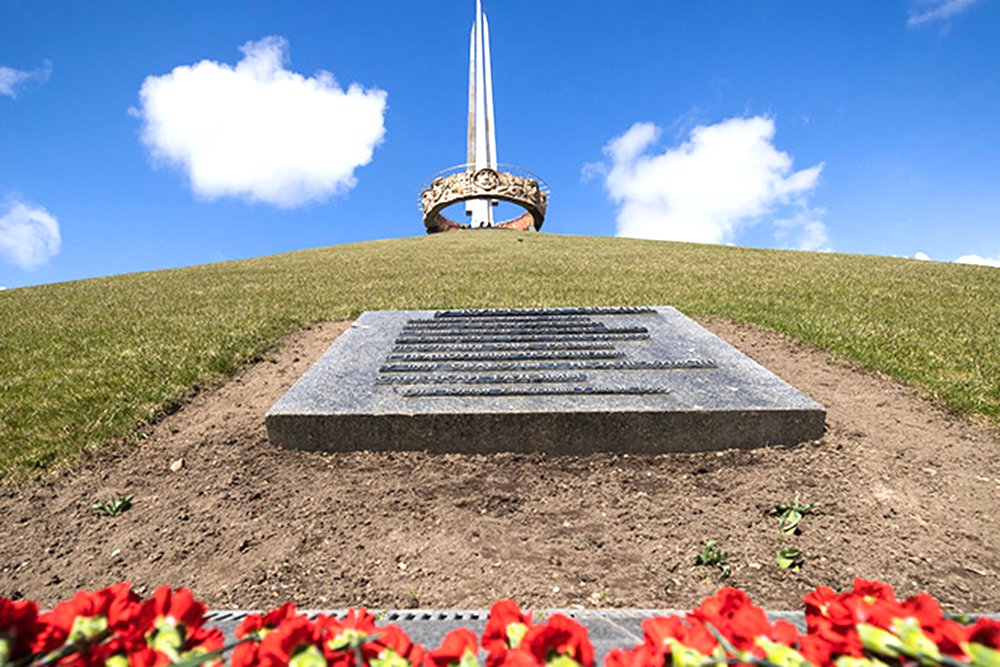 Twenty kilometers from the Belarusian capital, at the majestic Mound of Glory, on the spot where 78 years ago, as a result of the victorious operation “Bagration”, a 105,000-strong group of Nazi troops was defeated, a joint patriotic action of the international project “Unconquered” of the Russian organization “Zvezda” started on June 18 and the Minsk Regional Executive Committee.

Its goal, BelTA states, is to contribute to the rallying and unity of youth and schoolchildren of the Union State and other CIS countries, to strengthen the historical memory of the common Great Victory in the Great Patriotic War.

The Mound of Glory, whose construction, reminiscent of news portals, began more than half a century ago, includes a memorial and a military museum. It is surrounded by concrete stairs, each of which has 241 steps carved into it. And the historical building is crowned with a memorial of four bayonets – symbols of the fronts that liberated Belarus. They stand in the center of the ring, which depicts seven male faces – the defenders of the Fatherland.

Belarusian boys and girls will also take part in the action, BelTA informs. They will lay flowers at the historical obelisk and unfurl the world’s largest Victory Banner with an area of ​​more than 2.2 thousand square meters. meters.

It should be recalled that on June 12, this red calico cloth was deployed on Poklonnaya Hill in the Russian capital. Representatives of 36 regions of Russia and 13 foreign states then took part in the youth patriotic action. Then the boys and girls proceeded to the places of military glory. Their route runs through many cities of the Union State – from Moscow to the Brest Fortress. It is there, on the banks of the Bug, that the youth action will finish on June 21.

There are still a few shelters with civilians left at Azot

After eight rounds of the FIDE Candidates Tournament, Ian Nepomniachtchi remains the leader

Beware of too fast translations // Dmitry Butrin on the language...

A powerful explosion destroyed a two-story house in Birmingham, England

Mezhevich advised the US president to communicate less with colleagues

Five people died in the collapse of the stands of the...