Lithuania’s ban on the transit of goods subject to sanctions through the Kaliningrad region from the territory of Russia violates international legal acts that affect EU obligations. Deputy Chairman of the Federation Council of the Russian Federation Konstantin Kosachev wrote about this in his Teleram channel. 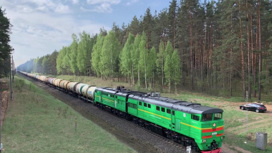 In addition, Kosachev drew attention to the fact that freedom of transit is one of the cornerstone principles of the WTO. Also, this principle is enshrined in many international transport conventions, including agreements on rail transport.

“Lithuania is the flagship of the destruction of international law,” the vice-speaker of the Federation Council of the Russian Federation concluded.

On June 18, Lithuania announced the termination of the transit of part of the cargo to the Kaliningrad region. We are talking about goods that fall under EU sanctions. This is approximately 40-50% of all cargo. Among them are building materials, cement and metal.

The governor of the Kaliningrad region, Anton Alikhanov, called this a gross violation of the protocols for the entry into the EU of the Baltic states.

Who chooses cancer: Oncologist pointed out a feature in appearance

The United States through Ukraine is trying to strike at the...

hunger for US residents has become an “enduring reality”

Sandu did not confirm the rumors about the military threat to...

Sberbank introduced a 1.25% commission for transfers from its cards through...

The governor of the Belgorod region again extended the “yellow” level...