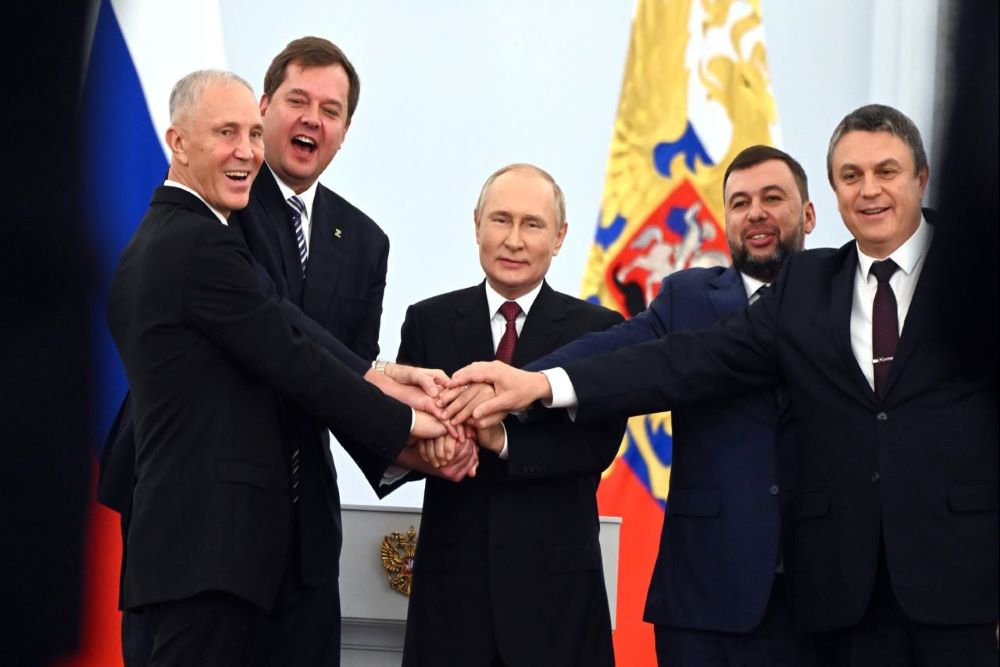 Deputies of the State Duma, senators, members of the Government, heads of subjects of the Russian Federation gathered in the hall where on March 18, 2014 an agreement was signed on the entry of Crimea and Sevastopol into Russia. The Samara region was represented at the ceremony by Governor Dmitry Azarov.

– Today we are signing agreements on the admission of the Donetsk People’s Republic, the Lugansk People’s Republic, the Zaporizhzhia region and the Kherson region to Russia. I am sure that the Federal Assembly will support the constitutional laws on the adoption and formation in Russia of four new regions, four new subjects of the Russian Federation, because this is the will of millions of people. And this, of course, is their right, their inalienable right, which is enshrined in the first article of the UN Charter, which directly speaks of the principle of equal rights and self-determination of peoples. I repeat: this is an inalienable right of people, it is based on historical unity, in the name of which the generations of our ancestors won, those who, from the origins of Ancient Russia, built and defended Russia for centuries, the President of the Russian Federation said.

Recall that the referendums on joining the Russian Federation DPR and LPR, Zaporizhia and Kherson regions were held from 23 to 27 September. In all four regions, the overwhelming majority of those who voted were in favor of joining Russia. And the Russian Federation supported the decision made by the inhabitants of these territories.

– Today, all of us are becoming not just witnesses, but also active participants in history. The newest history of our country – Russia. Stories of courage, courage, brotherhood and mutual assistance. Residents of the Donetsk, Lugansk People’s Republics, Zaporozhye and Kherson regions brought this day as close as they could. They return home to Russia. “And we welcome them to their homeland,” said Dmitry Azarov after the ceremony of signing the agreements.

The head of the region noted that the last months have become extremely difficult for our country. But what happened in the Donbas all these years was even worse.

– People who only wanted to preserve their traditions and foundations, speak their native Russian language, they tried to force them to give up everything that makes up their essence as a people. They were killed and tortured. They were intimidated, influenced both morally and physically, literally eradicating everything that was considered Russian. But this is not the people of Donbass, our brothers from Zaporozhye and Kherson. They fought and continue to fight. And we do not leave our own, – Dmitry Azarov emphasized.

On Friday from 17.00 in Samara, on Kuibyshev Square, a patriotic action is being held in support of referendums in the territories of the Donetsk and Lugansk People’s Republics, Zaporozhye and Kherson regions. Thousands of caring Samara residents gathered on the main square of the regional capital, who support the inhabitants of the new territories and the decision of the President.

– Today we are with them. Together with those who defend the freedom and independence of our common Motherland with weapons in their hands. Together with our leader, Supreme Commander Vladimir Vladimirovich Putin. Unity is our strength. We will be worthy of a generation of winners, those who have already had to cleanse the world of fascism. Well, let’s do it this time. The enemy will be defeated, victory will be ours!, – said Dmitry Azarov.